Carrots are a great way to add color and nutritive value to your healthy eating plan. They’re low calorie, flavorful, and a great source of vitamins, minerals, and fiber your body needs.

Carrots are orange because they contain large amounts of beta-carotene, which the human body converts into vitamin A. Beta-carotene is also an immune system booster and powerful antioxidant. Carrots are high in other nutrients as well, such as vitamins B6, K, and C, iron, and copper. And of course, they’re very low in calories, weighing in at a mere 50 calories per cup. 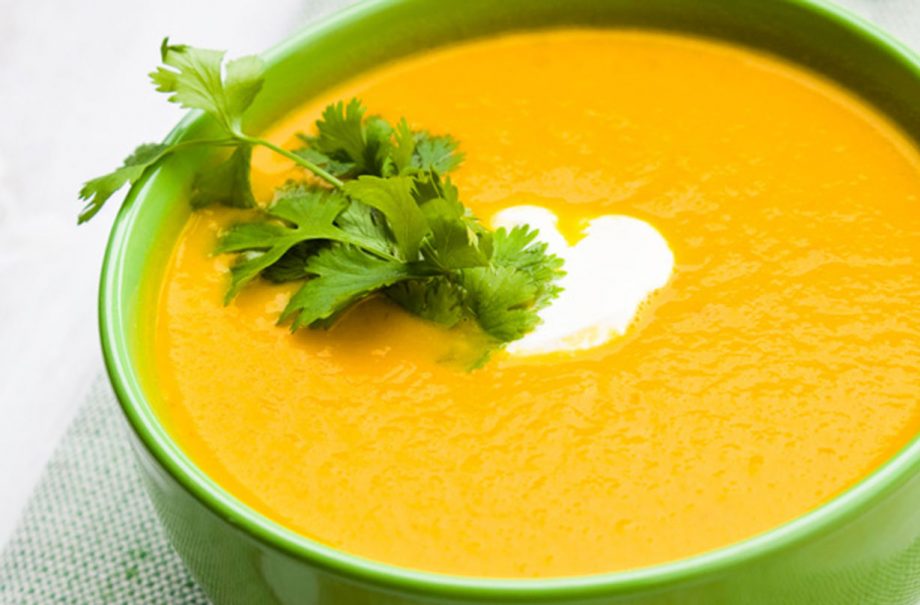 Carrots add color and flavor to this hearty, satisfying soup which has a fraction of the fat and calories found in most creamy soups. To make it the centerpiece of a healthy meal, serve it with a crisp, refreshing salad and seasoned pita chips, as described below.

Preheat the oven to 350 degrees. Scoop the seeds out of the butternut squash half and discard. Place the cleaned squash cut side down on a greased baking sheet. Bake for 30 to 40 minutes, or until softened. Allow the squash to cool, then scoop the flesh out of the skin using a large spoon. Discard the skin and set the squash aside. Heat the olive oil in a large pot over medium heat. Add the chopped onion and garlic and cook, stirring frequently, until the onion is translucent. Pour in the water, and add the squash, carrots, and ginger. Bring to a boil, and cook together for at least 20 minutes, or until the carrots and ginger are tender. Remove from heat and allow the mixture to cool slightly. Puree the mixture in a blender or food processor, or transfer to a bowl and beat with an electric beater. Add boiling water to thin out soup if necessary. Return the soup to the pot, and heat thoroughly. Stir in the cinnamon, salt, and pepper before ladling the soup into serving bowls.

Preheat the oven to 425 degrees. Split each pita in half, making each pita into two rounds. Brush the cut sides with oil and sprinkle with seasonings. Cut each pita round into as many wedges as you’d like and spread them, herbed-side up, on two baking sheets. Bake for 8-10 minutes, or until wedges are crisp and golden brown.